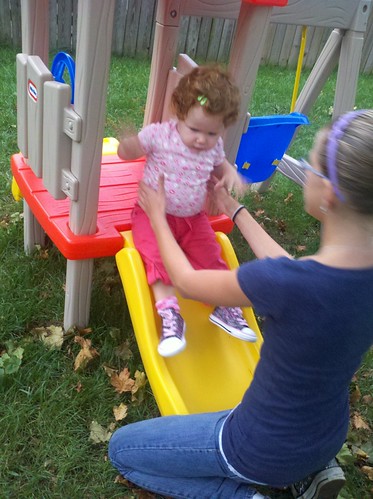 I got to watch Josephine again yesterday. She cried when Scott and Angela left, but that was quickly fixed by sharing a chocolate chip cookie that Angela had just baked. We made our “trek” to the local Starbucks for coffee. I passed up on the pastry as it was too close to dinner time for Josephine (and we had just finished the cookie not too long ago). At Starbucks, she watched some teenage girls (a sports team or cheerleaders – I’m not sure which) who seemed to be on their way to or from some event, and stopped for a coffee break. Josephine was quite taken by them (and they by her), and watched intently for some time.

After coffee we went back home and she kept me busy, busy, busy. Now I know why I was so tired! I fixed some dinner for her and she ate it without any fuss at all. She played and played and played. I checked her diaper, expecting to have a mess on my hands, based on the sounds I heard emanating from her and the look on her face. Surprisingly, she wasn’t even wet! In the process of checking her diaper, she made it quite clear she did not want to be wearing a shirt, so I took it off. She also did not want to wear her slacks. For about 30 minutes or so she ran around the house in just her diaper! It was just a little on the cool side, so I let her run around in just her diaper. When it got closer to her bedtime, I finally managed to get her into her PJ’s and gave her a bottle. Rather than put her into her crib, I decided to hold her as she drank her bottle. She settled down in my arms, and was intent on drinking her bottle. When she finished it, she just lay in my arms and I watched as her eyes fluttered a bit now and again. A dog outside barked and she sat up, said something important (at least to her as she is the only one who speaks her language!), and settled back into my arms. I watched as her eyes fluttered some more and finally closed. She was asleep. I cannot express the joy I feel when I watch her innocent, trusting face as she sleeps in my arms. It reminds me of when Ann and Scott were babies, and the joy I felt when I held them in similar circumstances. The big difference between then and now is that I have less to worry about and less distracted by “things!” Thanks Scott and Angela for allowing me the opportunity to connect with such a wonderful little girl! I enjoy her immensely! I hope I will be able to repeat this after she hits the “terrible twos!” 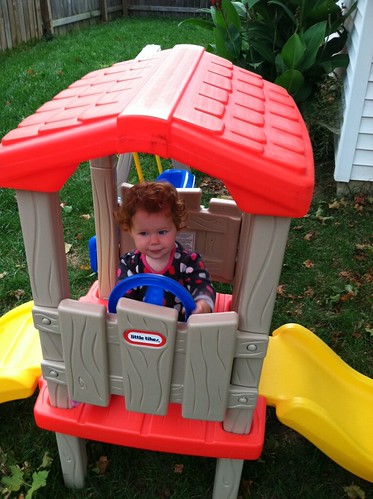 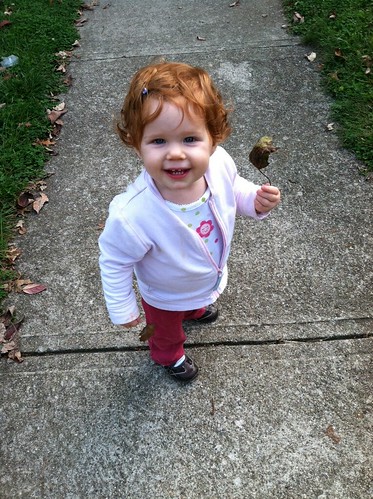 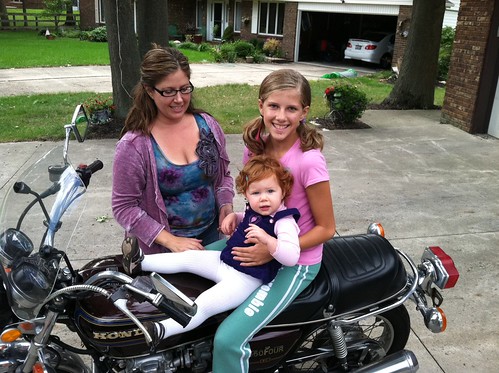